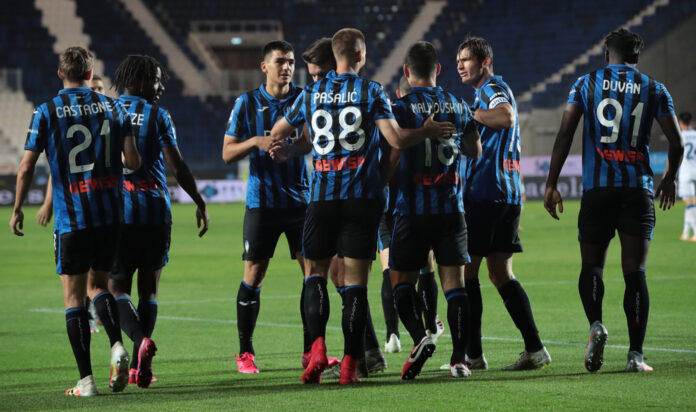 Atalanta and Paris Saint-Germain meet in the quarter-finals of the Champions League, Wednesday, August 12, at 8 pm, at Estádio da Luz, in Lisbon.
The tie will be decided in just one game, given the reduced format that UEFA had to put in place to end the competition. In the round of 16, Atalanta eliminated the Spaniards from Valencia, winning the first game 4-1 and the second, at Mestalla, 3-4.
The French team left the Germans of Borussia Dortmund by the way, having lost the first encounter, at Signal Iduna Park, by 2-1, but won the second by 2-0.
Atalanta made yet another extraordinary campaign in Serie A, finishing in third place, and now wants to surprise a Paris Saint-Germain who has won all domestic titles and seeks European glory.

▪️In Atalanta’s two games in the round of 16, there were 12 goals.
▪️In four of PSG’s last six games there have been more than 2.5 goals.
▪️The two teams have scored in five of Atalanta’s last seven games.
▪️PSG have conceded goals in seven of their last ten games.

Football Prediction of the Day Atalanta vs PSG

Atalanta and PSG are two offensive teams and that is why we expect a match with more than 2.5 goals.