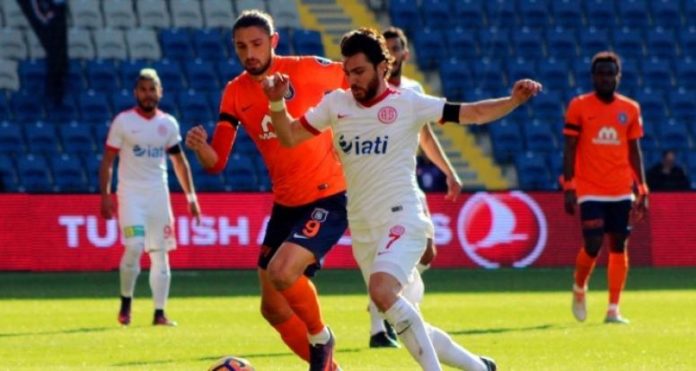 Basaksehir
They rank second in the ranking before this round, with a total of 30 points obtained after 15 stages.
He is thus only two points behind the leader of Galatasaray and has a one-point lead over Fenerbahce.
In the last round, Basaksehir lost 0-1 away to Sivaspor and put an end to a very good 8-round series without defeat, during which he met Besiktas (1-1 in away) and Galatasaray (5-1 home ).
Basaksehir lost only two points in 7 games after a 2-2 draw against Trabzonspor.
Mahmut Tekdemir and Emmanuel Adebayor are suspended for cardboard cumulation, while Chedjou and Eljero Elia are injured.
Probable team: Babacan; Clichy, Epureanu, Attamah, Caicara; Inler, Emre; Napoleoni, Mossoro, Visca; Erdinc.

Antalyaspor
It occupies the last relegable place, ie 16, with the 14 points obtained so far.
He is at the draw with the next two ranked and has a two-point lead over Genclerbirligi.
The team traverses a weak moment, gaining only two points in the last 4 stages, following the draws with Genclerbirligi and Konyaspor, neighboring in the standings.
On the move, after 7 games, Antalyaspor only scored two points, following the draws from Konyaspor (the next round) and Yeni Malatyaspor (newly promoted).
With an extremely modest goal of 3:16, Antalyaspor has the weakest attack in Turkey, so it will be very difficult to leave with points from this trip.
Absentees: Samuel Eto’o, Ruud Boffin, Sandro, Danilo, Johan Djourou, Salih Dursun.
Probable team: Kaplan; Aytac, Celik, Chico, Celustka; Vainqueur, Charles; Kadah, Kurtulus, Maicon; Kabir.

Direct meetings
In the previous season, Basaksehir managed only a draw on his own field, 2-2 (for Antalyaspor scored Eto’o twice), and on the road was imposed by 1-0.

My tip for Basaksehir vs Antalyaspor
Basaksehir is a very solid team on his own field and it is normal to start with the first chance in this match, meeting a team that aims to rescue from relegation.
The bet that I recommend for this game is: Basaksehir victory.
Falking the weakest offensive on foreign ground with only 3 goals scored in 7 matches, Basaksehir should not normally encounter too many problems.
With 4 consecutive wins on his own field, including a surprising 5-1 against Galatasaray, Basaksehir does not think he will miss the 3 points scored.
The small team in Istanbul must keep close to the Galatas, Fener and Besiktas concitadines, all of which have matches available in this round.
Antalyaspor has only two points away in the company of modest opponents and I do not think he will resist this game.