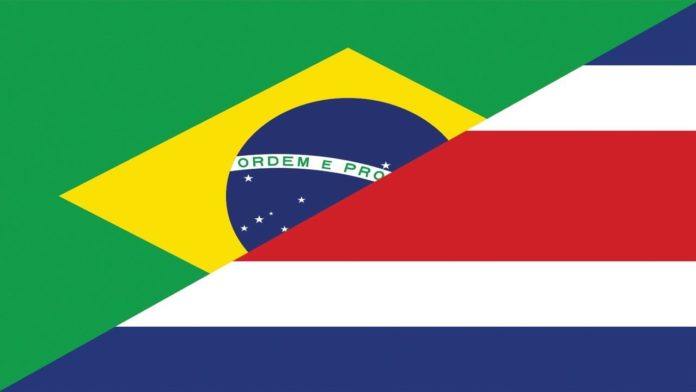 Brazil – Costa Rica – Brazil and Costa Rica did not start this Mundial well, but Brazil is definitely more disappointed, although they scored a point, removing the Swiss 1: 1 result, while Costa Rica lost to Serbia 1: 0, so It is clear that defeat in this review for both selections could be fatal. Brazilians do not want to even think about it, because they knew that Switzerland could be their biggest rival, and now they hope that the first victory will not be missed. For Costa Rica, the match with Serbia was probably the best chance to win points and that’s why they are now in an unenviable position.


It was almost ideal for Brazilians, both in qualifications and in friendly matches afterwards, but they were aware of some events, and they were not exactly the same victories. In the last four, they are without a goal, so they hoped that at the start of Mundial they would beat the biggest competitor in the group and thus make a big step towards the eighth finals. However, this did not happen even though they started very well and dominated the terrain, and then took over Coutinh. After that, they relaxed a bit and seemed to be too confident, and when they received a goal at the beginning of the second part, it was evident that they were very shaken by them.
They could not make the effort to score a goal in addition to the created opportunities, so they had to satisfy the draw. It’s not like that bad result, but they’ve spent the credit and now they have to start winning, especially in this experiment where absolute favorites are. Tita picked up an absolutely expected set against Switzerland in the field and did not experiment anything, while Neymar’s performance was questioned because of the enthusiasm and maybe played by R.Firmino, or D.Costa. It is also possible that Renato Augusto plays instead of Paulinho in the midfield.
Probable starting lineup of Brazil: Alisson – Danilo, T.Silva, Miranda, Marcelo – Casemiro – Coutinho, Renato Augusto, Willian, Neymar (R.Firmino) – G.Jesus


Costa Rica is an outsider of this group, but on paper the easiest opponent should be Serbia in the first round and they wanted a good result, perhaps even a victory, which would then build the hope that they could pass the group stage as four years ago were a real hit. As things stand, this time there will be nothing to lose, because they lost at the opening of Mundial from Serbia and now they are really very far from the eighth finals. Not so much because of this defeat, but because of the fact that they have to play against the “wounded” Brazilians now and practically throw them out of the game.
It is a big question how they could avoid it, since they did not show much good football in the match with Serbia and it was their third consecutive defeat, after those in friendly matches with England and Belgium. They were still stronger rivals than Serbia and played away, however, they continued with the patchy parties and it is noticeable that they have problems with the realization. Selector Ramirez set the expected somewhat more defensive tactics and the surprise is Venegas, instead of Bolanos. It has not proved to be a good solution and now we expect to replace places and to be Bolanos in the field, and maybe Oviedo will be on the left side.
The likely starting lineup of Costa Rica: Navas – Gamboa, Acosta, O.Duarte, Gonzalez, Oviedo – Borges, Guzman, Bolanos, B.Ruiz – Urena

Soccer Prediction of the Day Brazil vs Costa Rica

Brazil failed to celebrate the opening of the Mundial and are now on the Correctional Examination, and Costa Rica seems to be the ideal rival for this, because this team has not shown much against Serbia and when they lost that match, probably this one and without us uncertainty.

Types of Accumulator Bets to use when Football Betting