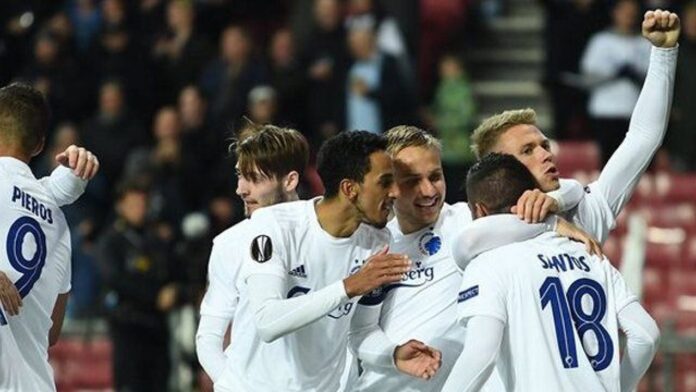 A very interesting match at Parken Stadium where Copenhagen receives the visit of Rijeka.
The game starts at 21:00, and according to the odds, the Danes should have no problems.

The Danes, led by Solbakken, finished second last season, but things don’t seem to be going well at the start of the new season.
No success in 3 games for the Danes who drew only 2-2 on Velje’s field in the last game.
However, the Danish team is doing very well in UEL where they eliminated Gothenburg in Sweden, but also the Polish team, Piast, score 3-0 in the last preliminary round.
It can be seen that the Danish ambition is very high to reach the UEL groups according to the recorded results.

The team led by Rozman lost at the limit the qualification in the UCL preliminaries at the end of the previous season, thus being satisfied with a participation only in UEL.
This season things are oscillating for Rijeka who reached 2 victories and 2 defeats in the 4 stages, we are no longer so active on the offensive level, and the defense gives up quite easily.
Only one preliminary round overtaken by the Croatian team, against the Ukrainians from Kolos.
Major problems for the Slovenian team that qualified only after the 90 minutes. Great opportunities missed by Rijeka who cannot afford to waste the same situations in the game in Denmark.

No direct meetings between the two teams, not even in a period of preparation for friendly games.

Football Prediction of the Day Copenhaga vs Rijeka

I have a favorite tonight and that is Copenhagen, which I think cannot be prevented even in the last phase of entering the UEL groups.
It was seen what involvement the Danish team had in the European games, especially in the trip from Sweden, so there are substantial bonuses for qualifying in groups.
Rijeka has a lot and quality, but no experience at all, and I don’t know how prepared Rozman’s band is, especially after suffering with a mid-ranking team from Ukraine.
I think the difference will be made in the end, and if the chance is on the side of the Danes, I think they can prevail in 90 minutes.