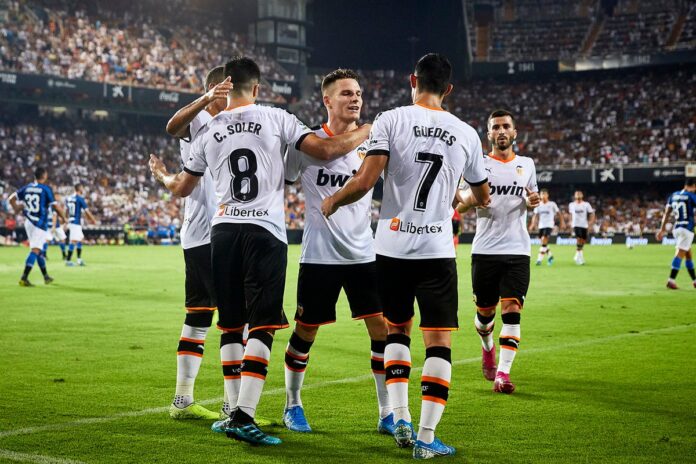 This Thursday, June 25, 2020, Eibar welcomes Valencia to a match on the 31st day of the Spanish Liga Championship.
The match will take place at the Estadio Municipal de Ipurua de Eibar and kick off will be at 19:30.
In the ranking, Eibar is 17th with 29 points and Valence is installed in 8th place with 46 units.
On the previous day, Eibar drew Getafe and Valencia won at home against Osasuna.

▪️In the past, the two clubs have faced each other 11 times since 2014: 4 wins from Eibar, 3 draws and 4 wins from Valencia.
▪️During the first leg (19th day), Valence won 1-0.
▪️You have to go back to December 20, 2014 to see a win outside of Valencia.
▪️Since that date, the Valencian club remains on a series of 4 games without success in the Basque Country.
▪️Eibar has only taken 7 of 30 points possible in his last 10 league games.
▪️Valencia remain on a streak of 5 away games without a single La Liga win (1 draw and 4 losses).

Football Prediction of the Day Eibar vs Valencia

Last Sunday, Valencia made a good move by winning against Osasuna.
Thanks to this success, the Valencians are back 2 points from 5th place held by Getafe. For their next match, Valencia have the opportunity to make a good result away against a team from Eibar struggling to keep it going.
For our prognosis, we are betting on a victory for Valencia.