FCSB plays the residency with FC Voluntari on February 6, from 8:00 pm.
At this moment, the team coached by Bogdan Vintilă is in 4th place, with 39 points, and the team now prepared by Mihai Teja is in the last position, with 11 points, 15-41 goal.
The tip for the FC Voluntari vs FCSB match can be read at the end of this analysis. 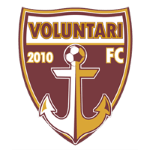 The major changes made to the Volunteers during the winter break were good wishes for the first official match of the year, the team coached by Mihai Teja winning 2-1 on the field of the Clinceni Academy in the first stage of this year.
The guests returned the score and were also lucky, because Cebotaru (Academica) missed a penalty. The opponent from the previous stage is, however, weaker than the FCSB.
The Volunteers made their strategy for Thursday’s game, and Ioan Andone did not keep the secret: “It will be an extremely difficult match for us. We come after the second victory of this championship, with a changed team, with many new players or players who were sitting on the bench in the fall. You don’t have to open up against the Star, you have to play against it ”.
It is an important absence in the middle of the field, Gorobsov receiving the 7th yellow card at Clinceni.
Also, coming from FCSB, Belu has a clause that prohibits them from playing. Eric is not 100% ready and can be booked again.
FC Voluntari is in 12th place in the form standings, with 3 points won in the last 5 matches, 4-10 goalscoring. 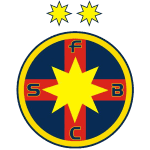 FCSB did not shoot a shot on goal in Cluj (0-1 with CFR), and the manner of play infuriated Gigi Becali, criticizing the players he had claims to.
The speech of the employer should awaken from the drowsiness the stars trained by Bogdan Vintilă.
With the right attitude, Florinel Coman, Nedelcu, Man or Florin Tanase should have no big problems with FC Voluntari, a team that suffers, however, due to the lack of homogeneity.
A logical victory would make FCSB close again to 5 points from CFR Cluj and leave the title fight open.
The right defender Crețu and the central defender Planic are suspended, and Moruțan, the main target of Becali’s criticisms, can be reserved.
FCSB is 2nd in the form standings, with 12 points won in the last 5 matches, 8-2 goalscoring.

FC Voluntari and FCSB have met nine times.
FCSB won four matches and FC Voluntari won twice.
During the regular season tour, FC Voluntari took advantage of the black period through which FCSB passed and prevailed with 3-1, in a game played in Pitesti (FCSB having host status).

Football Prediction of the Day FC Voluntari vs FCSB

FCSB has the ability to regroup after the defeat in Cluj. Her players are set to recover from the distance that separates them from the first place, and FC Voluntari seems to be a handy opponent. In addition, the vice-champion has a rematch after the direct match, lost in the round. I expect the guests to control the meeting, while the hosts will wait for the right time to hit the counterattack, but it is not guaranteed that they will be able to take advantage of such a moment.