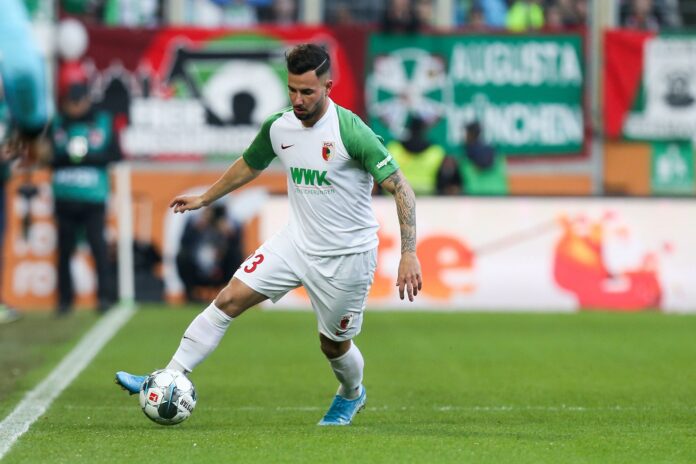 Olympiastadion will host on Saturday the match between Hertha and Augsburg, two teams in the middle of the Bundesliga standings.
The hosts from Hertha have had good evolutions since Bruno Labbadia took over the reins, and now the fans are waiting for a new victory that will bring them even closer to the places for European cups.

Hertha Berlin plays very good football under the command of coach Bruno Labbadia.
The team is undefeated in 5 consecutive matches, winning twice against Hoffenheim (3-0) and Union Berlin (4-0) and drawing against Leipzig (2-2), in the three games played since the resumption of the Bundesliga championship.
The recent series of good results has raised Hertha to 10th place in the standings, and now she has the chance to get the last place that leads to the European cups.
Hertha is 7 points behind the 6th position, with 6 stages left to play until the end of the season, therefore anything is possible.
What impresses Hertha the most is the fact that he started playing football in which the players show a lot of confidence.
Hertha is not the same team that fought in the bottom of the standings in the first months of this season.
In each of the last 5 Bundesliga matches, Hertha Berlin have scored 2 or more goals, so the team’s offense is working pretty well at the moment.

Augsburg drew 0-0 in a dull match against the last ranked, Paderborn, in the previous round.
The team is in the lower half of the standings, just 4 points above the relegation zone.
Augsburg should be safe if he wins at least twice in the last 6 stages, which I think he will be able to do.
Augsburg recorded an extremely valuable victory, with the score of 3-0, in the last trip, made on Schalke’s field. However, before that victory Augsburg had recorded 5 consecutive defeats on foreign soil.Augsburg have one of the weakest defenses in the league. They receive an average of 2 goals per game and only 3 teams have a weaker defensive record than theirs this season.
Probable and Absent Teams.

▪️3 of the last 5 direct meetings ended in a draw.
▪️In this season’s round, Augsburg won 4-0 against Hertha Berlin.

Football Prediction of the Day Hertha vs Augsburg

Augsburg shattered Hertha 4-0 in the first half of this season, but Hertha did not play as well as in the tour of the season, and in Berlin, Hertha did not lose any of the previous 8 meetings with Augsburg.
Hertha Berlin is looking forward to the match with Augsburg and, based on the performances shown by the teams in the last two weeks, my recommendation is to bet on the victory of Bruno Labbadia’s students.