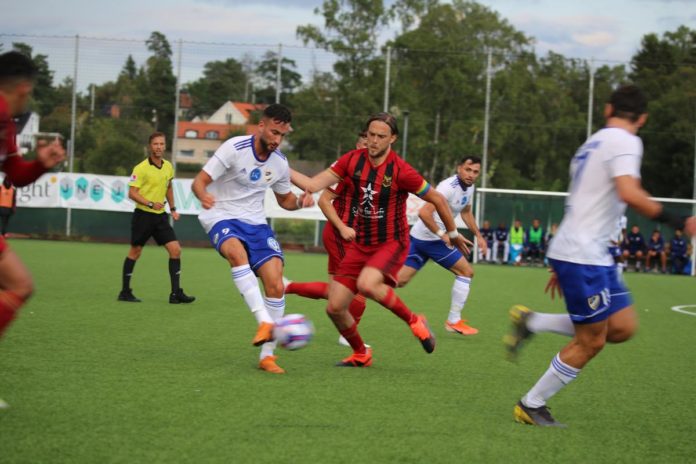 Another tip from a friendly match comes from the match between two other Swedish bands, IFK Stocksund and Karlbergs BK, a match that is scheduled from 21:00.

IFK Stocksund has finished 3 seasons in Sweden. Like most teams in Sweden, the team was preparing to start the new season in a few weeks, but everything was overcome by the problem that is crushing the entire planet.
Even under these conditions, Stocksund has begun its preparations and the friendly matches will take place in the following period.
As statistics, we have a good attack from Stocksund, with 62 goals scored, but also 34 earned, which indicates that Stocksund had an offensive style of play and opened up a lot.
For example, in the last 5 official matches of Stocksund, not less than 21 goals have been scored.
I think that in the first friendly match this year, Stocksund will not dismantle and play the same way he did last season.
Sure, other things are important now, and the result falls to the last level, but goals will certainly not be missing.

Karlbergs had an even better season than his opponent in this match.
Karlbergs finished the season on 2 and had the chance to promote in the upper league, but in the matches in the promotion group Karlbergs managed only one draw and one failure.
Karlbergs will have to finish it in the new season, and the team has already started the verification matches.
Although he finished in second place, Karlbergs scored under 60 goals. 58 more precisely and only 29 collected.
Sure, these are just statistical data, but we can figure out the style of play of the formation.
In the first friendly match, Karlbergs defeated Vasalunds 2-0 and started with the right in the series of verification matches.
In the next game, things will stay the same, but I do not know if and from the point of view of the result. Of course, the focus will be on something else, so I think we will see gaps between two formations close in value.

The two bands have met four times, and the balance is a perfect one. 2 draws and one win for each team! In the last straight match, Karlbergs won 1-0.

Football Prediction of the Day IFK Stocksund vs Karlbergs BK

An open match between the two teams is announced. Both teams come after a good season, in which they showed that they deserve to be in a higher league.
Even if they failed to do so last season, the two teams will once again be leaders.
I expect to see goals in this match and even if we have a low odds, I bet with great confidence on a match with goals from both teams.