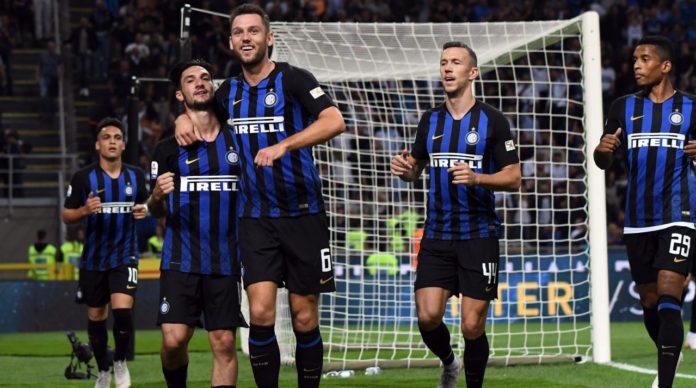 The teams are in key B, which has Barcelona with 13 points in the lead. From there the Spaniards, already secured in the next stage, will not leave. The second position remains in dispute. It is in the hands of Tottenham, who will face Barça in the other game of the key, which will be held at the same time in Camp Nou. The English have seven points.The Italians also racked up seven points (two wins, one draw and two losses) in the first five games. However, they are in third place because they are disadvantaged in the first tiebreaker, which is direct confrontation. Thus, to ensure the classification need to make one point more than the spurs. PSV, with one point (a draw and four defeats), is in fourth place and it will not leave. Deleted, just meets table.

The recent results of the Internazionale, however, show a team on the down trajectory. In the last six matches, including all competitions, the team achieved only one victory. He tied twice and left the field defeated in half the clashes.On Friday, December 7, he had a difficult test. He caught Juventus, the unbeaten leader of the Italian League in Turin, and was disapproved. He lost by 1 to 0. He was parked in the 29 points (nine wins, two draws and four losses). He saw not only the Old Lady opening his lead lead for 14 points, but also Napoli, second placed, to increase their lead to six points.Coach Luciano Spaletti had a significant deficit in the game. Belgian midfielder Radja Nainggolan, one of his creators considered essential, can not play because of an ankle injury. You should also stay out of the match with PSV. Another drop should be Brazilian defender Henrique Dalbert, with a calf injury.
Check the updated information about injuries and suspensions

PSV has a unique and exclusive focus on the Dutch Championship. Not by choice, but by circumstances. The team did not get enough results to keep their hopes of advancing at UCL (Uefa Champions League) and was surprisingly eliminated by the Waalwijick, a team of the Second Division, in the Cup of the Netherlands.He had been a perfect campaign with 100% use until day 14, when he was beaten by Feyenoord, 2 to 1, in the classic played in Rotterdam. But he was quick to react. For the fifteenth round, on Friday, December 7, in their dominions, thrashed the Excelsior by 6 to 0. It arrived, in that way, to the 42 points (14 victories and a defeat) conserving the tip of the Eredivisie. The Ajax follows in the glue with two less points.Coach Mark van Bommel finds no medical or suspension issues with his top athletes for Tuesday’s game. So you will not use them unless you resolve to preserve them for the Dutch Championship games. Her next appointment will be on Saturday, December 15, as a visitor, in front of Heracles. 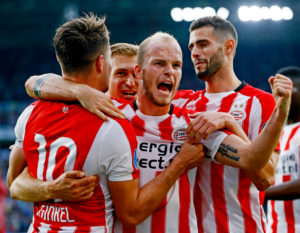 Soccer Prediction of the Day Internazionale vs PSV

Before the 2-1 win at the Internazionale in Eindhoven for the first round of the 2018/2019 UEFA Champions League group stage, the teams had faced each other at the same stage of the 2007/2008 tournament. At the time, the Italians won the two clashes. 2 – 0 was the score after the first half.
Although not only dependent on its result to reach a place in the round of 16 of the European Champions League, the situation of Internazionale is not the most difficult. After all, to hope that Barcelona do not lose to Tottenham is not exactly a result of the most difficult. So you can stay focused on producing the win you need against a team without any interest in the tournament. The scenario makes the prognosis in the win of the Italians the best option.