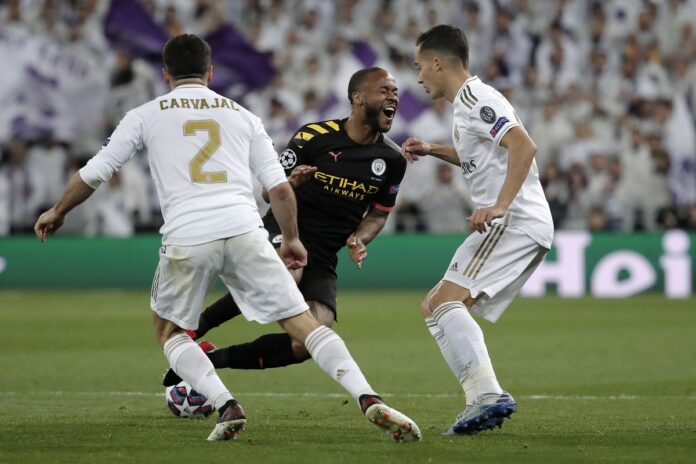 Manchester City and Real Madrid meet this Friday, at 8 pm, at Etihad Stadium, in a second leg match for the knockout round of the Champions League.
The English team has an advantage in the tie, having won at the Santiago Bernabéu, in the Spanish capital, by 1-2, at the end of February.
Isco also advanced the meringues, but Gabriel Jesus and De Bruyne, converting a penalty, consummated the citizens’ turnaround.
The formation led by French coach Zinedine Zidane will now have to win by two unanswered goals to move on in the competition, while Manchester City, which has Portuguese international Bernardo Silva, only needs a draw to stamp his passport to the quarters of the millionaire league.
Who will win the challenge this Friday night?

Football Prediction of the Day MANCHESTER CITY vs REAL MADRID

Real Madrid need to score and so we expect a match with occasions for both sides.