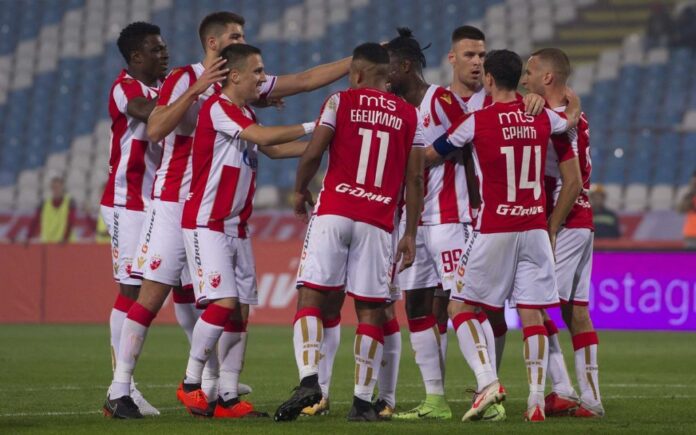 Red Star Belgrade will travel to Cirpu to face Omonia Nicosia in the 3rd preliminary round of the Champions League.
The confrontation will take place on Wednesday evening, and the qualification will be disputed in a single round.

In the most recent match, Omonia got a draw away to Anorthosis, score 1-1.
Omonia is unbeaten in the last 8 matches, but most (five) of them ended in a draw, three of which with the same score of 0-0.
In only one of the last 8 games there have been at least 3 goals.

▪️Omonia and the Red Star Belgrade have met twice in the preliminary rounds of the Champions League.
▪️The first meeting was in 2001, when the Red Star Belgrade managed to qualify after a 1-1 draw in Cyprus and a 2-1 victory at home.
▪️The second meeting took place in 2012, when the two teams drew twice with the same score of 0-0.
▪️The Serbs won the case, qualifying for the penalty shootout lottery.

Football Prediction of the Day Omonia vs Red Star Belgrade

The two teams will fight for a place in the playoffs of the Champions League.
The Serbs have reserved their place in the 3rd preliminary round, beating Europa FC and FK Tirana, and now they are favorites to prevail in the confrontation with Omonia.
Those from Steaua Rosie Belgrade are going through a sensational form and considering that Omonia will not benefit from the contribution of the fans, I consider that the Serbian group has all the chances to impose itself.
Therefore, my prediction is that the Red Star Belgrade will qualify.