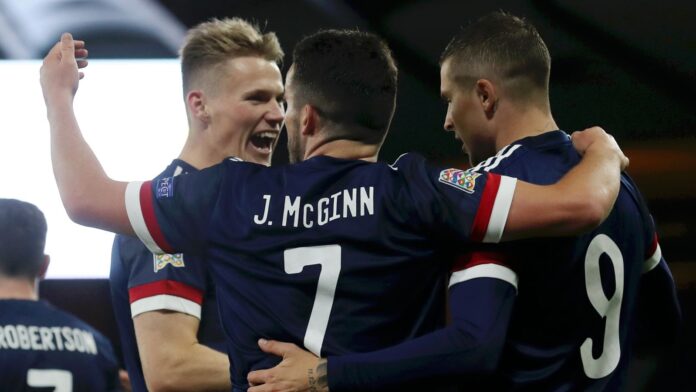 This Thursday 12 November 2020, Serbia host Scotland in a match counting towards the Euro 2020 play-off final (Lane C).
The match will take place at the Rajko Mitic Stadium in Belgrade (Serbia) and kick off will be at 8.45pm. In the semi-finals, Serbia defeated Norway after extra time and Scotland won their duel against Israel in a penalty shootout.

▪️In the past, Serbia and Scotland have met twice in 2012 and in 2013 during the 2014 World Cup qualifiers.
▪️The Scots and the Serbs had separated in a goalless draw and Serbia won the return leg at home.
▪️Scotland are undefeated in their last 8 games in all competitions.
▪️Serbia have not won a game in their last 3 home meetings.
▪️The Scottish side have not drawn in their last 11 trips.

Who from Serbia or Scotland will make it to the Euro 2020 group stage? The two Serbian and Scottish selections will give their all to qualify for the group stage of the next Euro.
Looking at the latest results for each selection, the game between Serbia and Scotland seems undecided.
For our prediction, we are betting on a draw after regulation time.