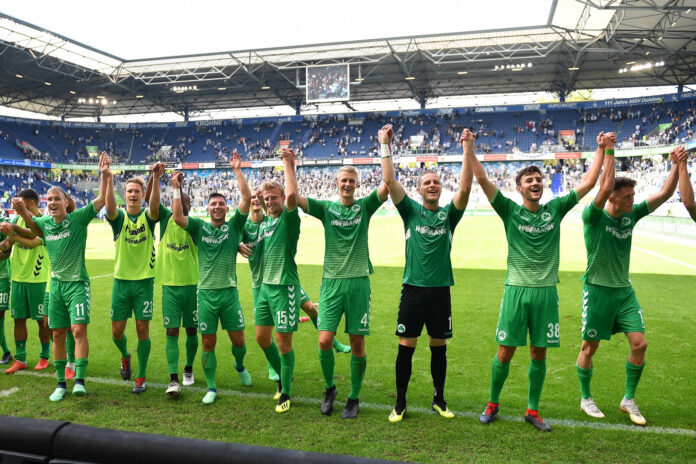 This Tuesday, May 26, 2020, Greuther Fürth receives Osnabrück in a match counting for the 28th day of the second division championship of the 2. German Bundesliga. The match will take place at Sportpark Ronhof Thomas Sommer in Fürth and kick-off will be at 6.30 p.m. In the classification, Greuther Fürth is 8th with 37 points and Osnabrück is installed in 13th place with 30 units. Greuther Fuerth’s match against Dresden was postponed to a later date on the previous day, and Osnabrück lost at home to Hanover.

▪️In the past, the two clubs have faced each other 12 times since 2000: 6 wins by Greuther Fürth, 3 draws and 3 wins by Osnabrück. During the first leg (match 11), the two teams split in a goalless draw.
▪️Marcos Alvarez, who has scored 11 goals with Osnabrück since the start of the season, will be one of the players to follow in this meeting.
▪️Osnabrück has only taken 3 of 15 points possible in his last 5 away games in the league.
Greuther Fürth has won only one game in his last 6 league games.

Osnabrück made a bad move last Saturday when it bowed to Hanover. Because of this 11th defeat of the season, Osnabrück has now been joined by Sandhausen and Nuremberg in the standings and is only 2 points ahead of the relegation zone. For his next match, Osnabrück will have to expect a complicated trip to Fürth where the Greuther has been unbeaten for 4 games. For our prognosis, we are counting on a success of Greuther Fürth.