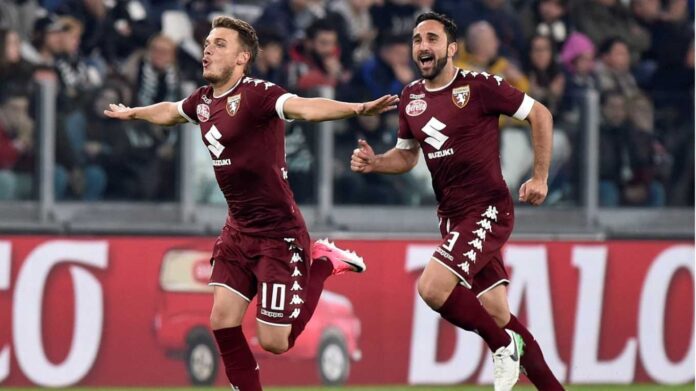 Hard match in the bottom of the ranking in the round with number 31 in Serie A.
Torino receives the visit of the penultimate ranked, Brescia.
The match will be played on Wednesday, starting at 22:45.

Before the start of this stage, he ranked 16th with 31 points.
He has an advance of 6 points against the team ranked on the last relegation place and 10 points against the opponent in this match.
The balance for the 30 rounds played so far is as follows: 9 wins, 4 draws, 17 defeats and a goal average of 34:56.
With 13 successes, Andrea Belotti is the main scorer of the team.
Following the yellow card received in the previous round (in the derby with Juventus), the central defender Armando Izzo will be suspended for the accumulation of cards.

In the 30 rounds played so far, he collected only 21 points (penultimate position).
It is 6 points away from the first team ranked above the relegation line.
It has 5 victories (the team with the fewest victories obtained so far – tied with the red SPAL flashlight), 6 draws, 19 defeats (the 2nd team with the most failures suffered so far) and a goal average of 27:58 ( one of the weakest attacks and one of the weakest defenses).
It is without victory in the last 7 away games in Serie A (5 defeats and 2 draws).
In the previous trip he suffered a drastic failure; was defeated by Inter with an unlikely 6-0. 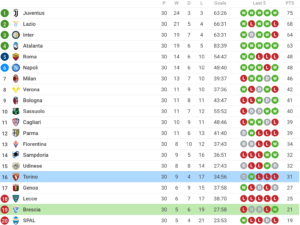 ▪️Torino won 0-4 in the championship round match; Belotti and Berenguer scored a double each (both have very high chances to start the game on Wednesday from the first minute).

Football Prediction of the Day Torino vs Brescia

As in the championship round match, I think Torino will be victorious at the end of the 90 minutes.
On the Stadio Olimpico di Torino moves a team that had quite erased evolutions in the last trips of the championship.
He lost 5 of the previous 6 Serie A games played abroad; in the last 4 trips he scored 1 single goal.
Torino is a more experienced team, able to manage in its favor such matches with stakes.