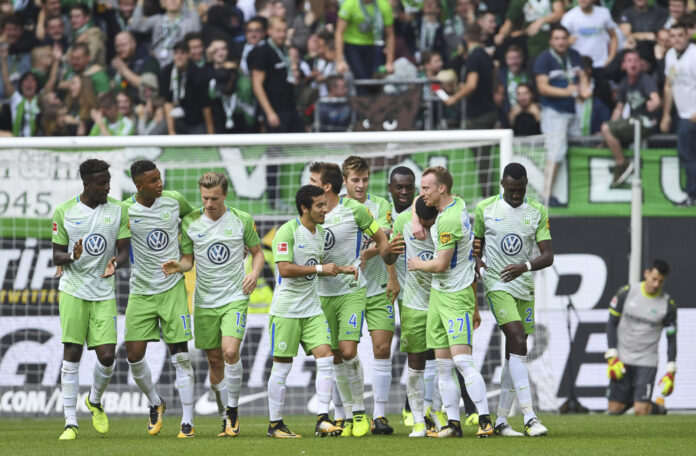 On the way to the Europa League groups, Wolfsburg must pass in the 3rd preliminary round of the Ukrainian team, Desna.
The duel will take place on the “Volkswagen Arena” in Wolfsburg and will start at 21:15, the Germans clearly starting favorites for victory.

He ranked 7th at the end of the previous season, 3 points behind Hoffenheim. He already played in the championship, coming after a goalless draw, 0: 0, at home with Bayer Leverkusen.
He also played in the 2nd preliminary round of the Europa League, passing Kukesi, with the score of 4: 0, Weghorst scoring a double, Mehmedi and Lacroix scoring 1 goal in turn.
She was quite active in the transfer market, gathering a striker from Poland, a central defender, on Lacroix, from Sochaux and a midfielder from Cologne, on the Kosovar Rexhbecaj.
He needed these transfers, after losing 3 central defenders, Felix Uduokhai, Marcel Tisserand and Robin Knoche.
Kevin Mbabu, William and Marin Pongracic are all injured and cannot play in this match.

He occupied the 4th position in the Ukrainian championship, at a distance of 2 points from the 3rd place, Zoria.
She is undefeated in the new season of the Ukrainian Premier League, winning in the first round, 3: 1 with Zoria, then drawing with Dinamo Kiev and Inhultes, 0: 0, respectively 1: 1.
He lost his creative player, Oleksandr Filippov, who recently transferred to Sint-Truiden, another important player left being the right defender, Denys Favorov, who arrived at Zoria.
Filippov was replaced by Maksym Degtyarov, a former Olimpik Donetsk player.

The two teams have never met in an official match.

Football Prediction of the Day Wolfsburg vs Desna

I don’t expect an easy match for Wolfsburg, the Ukrainian teams being very combative, teams that cling to the opponent and try to reply, especially on the counterattack.
But I think that, playing in a single round, the Germans will be preoccupied with the defense and will manage to win this match without conceding a goal, as happened in the previous duel in the Europa League, with Kukesi.
Desna did not manage to score in the championship either, in the match with Dinamo Kiev, as Wolfsburg escaped without a goal in the previous round of the championship, with Bayer Leverkusen, so there are good chances for a victory without a goal.