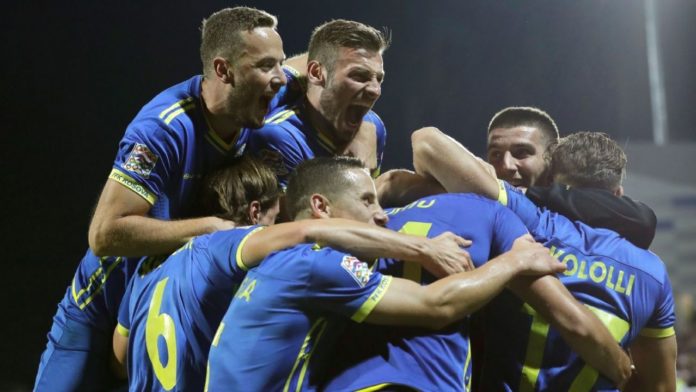 This Saturday, November 17, 2018, Malta hosts Kosovo as part of the fifth day of the League of Nations (Group 3 League D). The match will be played at Ta’Qali Stadium and kick off will be held at 18:00. The two nations currently occupy the 4th and 1st place in the standings and have respectively 2 and 8 on the clock. In the first leg on 11 October, Kosovo won 3-1 at home. Benjamin Kololli was the author of a double.
The duel between the two nations puts the worst defense (Malta, 8 goals conceded) to the best attack (Kosovo, 6 goals scored).
Malta, which has not won a match since the beginning of June 2017, remains on a series of 14 games without a win.
Kosovo has won 5 of its last 7 matches played since the beginning of 2018 (for 2 draws).
We must go back to June 8, 2015 to see a home success of the Maltese selection (last victory: 2-0 against Lithuania).


Go to Malta vs Kosovo live center for more info

Undefeated leader of Group 3 of the League D, Kosovo has the opportunity to consolidate its first place by moving to Malta, which has still not won in the League of Nations. In view of the last performances of each selection, we put on a victory of Kosovo.